I am a vessel through which vibrations pass. Are you?

I can feel the music like a mouse beneath an underpass inevitably conscious of the cars above. Heaven, for them, is the tarmac that meets compact oil. Tyres that could crush them without knowing are the angels they will meet.

Father, heavenly, are you proud of me now?

She’d stood from her seat to kiss him- even though they were sat smack bang in the middle of the restaurant. What had she expected him to do?

It was not only embarrassing, but too much pressure. When she pulled away and sat, he swirled his drink.

Don’t get me wrong; I’ve filled a couple (small) sketchbooks this summer, and I’ve written a poem here, jotted down another dozen ideas for the great-big-novel-to-be in the sky there… But none of it has quite felt like it once did. I used to write pages and pages a day. Was under ten thousand words from 2011’s NaNoWriMo (and never quite recovered). Words tumbled from my head non-stop. If I wasn’t writing, I’d be playing the guitar or ukulele. If not that, I’d draw every single day, doodles at least, and I produced something I was proud of 50% of the time.  But… All of that seems to have changed.

As I’ve been very down lately, and therefore in a constant battle with motivation, I’ve been trying to work on myself, my work, my goals and my self-confidence. Through various methods. Reach a healthy self-awareness in short. One of these methods has been to soak in the glorious knowledge provided by The School of Life channel on YouTube. It is one of their videos, addressed by a certain Carol Dweck, that I’ll be discussing further.

I don’t think I have ever thought myself a perfectionist. Highly driven, perhaps. Keen to achieve. But to be a perfectionist, I always thought someone had to be close to that state. Able to reach it. I thought that, therefore, impossible of myself. Oddly, I identified with Dweck when she described being a ‘perfect child’.
In my childhood, I was very much a Good Girl. Good grades, good reports, good faith; all-round. Failure was never acceptable, and at a certain point in my mind was impossible- I’d decided at a point that I was going to succeed (in being published at the age of sixteen at the time, plus a plethora of other things), and that was that. High achievement equated to “respect from others as well as high self regard”. Lack of that … Well, you get the idea.

Of course, despite the fact that I did achieve many great things, certain goals of mine were not reached and my reaction to this, I’ve realised, has altered a lot of the way I set goals and targets now, and react to tasks in general. I set such high targets for myself that, when I could not achieve them, for what ever reason, my reaction was that I was a failure in that area. In the artistic respect, my ‘talent’ was disappearing and I was losing my creativity.

When Dweck discusses Perfectionism, she focuses on two different mindsets; that of the Fixed, and that of Growth. In a study by Pam Scott, the subject was asked whether they identified as a perfectionist. I resonated with one of the ways a ‘fixed’ surveyor answered;

“Having built a magnificent dam … of perfection … I am perpetually plugging all the holes. It’s tiring. … It’s about fear of chaos. An anxiety that what is is not good enough. That I am not good enough.“

END_OF_DOCUMENT_TOKEN_TO_BE_REPLACED

She’s a phantom, but very real to me.

Best friend in the bunk bed. Partner in
the play pretend.
I didn’t know her as rider, but she
devours deep desires and she spits
them out like rain. Gives me confidence
again. Rides the world,
fucks the blame.
Ruthlessly, she burns so bright and
swings with single-minded might. She’s right
according to her rules and she’s right;
a most intelligent fool. We
jest, jester. I jest. Just her. Mellow
till a frenzy festers and erupts.
Laughter like witches, delirium, full cups-
she makes me proud and angry and
proud and sad and
proud and euphoric and
proud and mad. And she heals me
without taking back. Post-mental-
break, pre-heart attack.
Day after day. Week into
next. And we bark and
we bite, but then we hug, won’t lose sight.
Bound by love but close by labor,
child, you’re my best friend and my savior.

END_OF_DOCUMENT_TOKEN_TO_BE_REPLACED

Is a poem, never read, even a poem?
An artist who neither draws nor writes
Even that?
Is a bird that cannot fly only a bird by anatomy-
An eye, that cannot see, an eye.. ?

I suppose a man that does not kill another
is not a murderer-
So a man who kills in his mind
is fine.
A jacket, never worn, is hardly a piece of clothing
And a sign, stashed aside, is not a sign.

Is a woman, never loved, still a lover?
Or is she incapable of the like?
Just like This is not a pipe
I’m telling you that I am not alive
But I talk a good game though, don’t I?

Our hands scuttle like spiders, desperate,  in the dark. And
when they clasp each other, it’s rare that they should part.
We’re thrift shop figurines from different sets
that meet in the house of a hoarder-ette,
And we sort of suit, chips, stains and all,
And we feel good together
On that shelf
On the wall.

END_OF_DOCUMENT_TOKEN_TO_BE_REPLACED

I’d go but
I’m tired. And I’m scared. And my feet can’t find the given path. I’ve heard now, learned, that procrastination develops from the fear of failing in whichever task I stand before, but that hasn’t changed a thing. My body still remains a malleable stone, collecting moss in room, alone. Motivation pushes me to the sit up, but for the stand I lack fuel. I’m
tired, or I’d go.

END_OF_DOCUMENT_TOKEN_TO_BE_REPLACED

​Olá to ice cream dreams. Goodnight and Good morning to July in tight jeans. 2am teams wake up with red eyes. No good sleep in sight. Grip bed in new light. 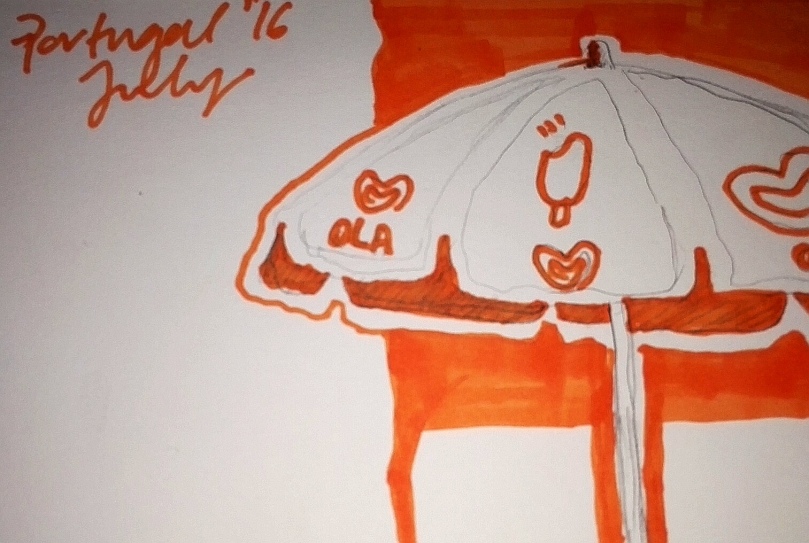 You are Looking for:

The so called social net

The Archive is right Here

final animation | STUCK ‘Stuck’ is an experimental animation featuring illustrations representing depression and anxiety. Music; Four Tet- ‘For These Times‘, Randoms Album ‘Stuck’ animation. Click to watch. The series of Gifs and animations named ‘Stuck’ that you see above and below address a stagnant mental state and the struggle to defy/rise from it. I first […]

Having come up with the character, I messed around with some illustration ideas and began giving a lot of thought to making images for different important parts of the story, but one weekend I decided to, first of all, do some observational work around the pier where fishermen tend to be, and also look at […]